The Best of The Event Management Companies Glasgow

Steven McKenna Events was established in 2003

and operate from their premises in East Kilbride.

Their first decade in business saw them producing

In 2014 they ventured into major international

events by producing components of the Glasgow

while providing audiovisual services to the Davis

Cup, The SFA and the European PGA Tour.

Festival and outdoor work has also formed an

essential component of their body of work with

events include the Europe Day celebrations for

the European Commission and European Parliament.

This saw the creation of a pop-up village to house

42 nation-states in Glasgow City Centre together with a

over Europe.
Steve McKenna Events' clients include the National Trust

for Scotland, Arnold Clark, NHS Scotland, Heart Radio, JD Wetherspoons and Tesco and as of 2021 they have been

voted the Best Events Management Company in Glasgow for

Your Event Organisers in Glasgow

You've probably heard the phrase "the clue is in the name".  For us it's all about the name.  We aren't an anonymous collection of letters like ABC Audio Visual or XYZ Events.  Everytime we do a job the owner and operator of the business puts his name on the line.  Steve McKenna's name and reputation are on everything we do, everytime we do it.  Many companies rebrand and alter their names if something goes badly wrong.  You can't do that when a person is the brand.

This results in a level of care, attention to detail and customer service that's hard to find anywhere else.

We provide high quality and cost-effective event solutions, not because it sounds like a cool thing to say but because we have to.  With 30 years of working in radio and television at the highest level one of the CEO's favourite phrases is "You're only as good as your last show".

McKenna's experience in the world of band management, training from the BBC, skills from running international marketing campaigns together with being the 'face' and mouth of thousands of live shows combine to provide an unparalleled insight into how to produce and deliver the best possible show within a set budget.

Who Is Your Event Organiser

A Few Words From Steve

I started out putting on events for one of the biggest marketing companies in Europe, before I knew it, I was on radio and telly and was hosting the events. I became interested in the technical side of them and filled a warehouse with sound, light and staging equipment. It's given me a 360-degree understanding of what you need to run an amazing event. Here's a few titbits from my work history:

Trained by BBC News, Steve McKenna is an award winning journalist and broadcaster who : marketed the Spice Girls, had a hit record, does movie voice-overs, presented shows for every major TV channel in the UK, holds a doctorate in metaphysics, has broadcast illegally from Cuba for BBC Radio 1, been forced to strip naked by Westlife, he has coeliac disease, he once spent the day with George Clooney, Brad Pitt and Matt Damon, he introduced Shirley Manson to Butch Vig to form Garbage, has broadcast live from the Oscars for BBC News, wrote comedy for Radio’s 2 and 4, introduced Quentin Tarantino to haggis, his mother was a faith healer, his father was an opera singer turned private detective, his 10 year old daughter appeared with him on Real Radio Scotland since the age of 2 and……lots more that you’re probably better chatting to him about. Charity is a big thing in Steve's life and he provides a free consultation service for non-profit organisations that want to translate highly technical audio-visual quotes into plain English.

If there's a simpler less expensive way of delivering your end goal Steve will find it! 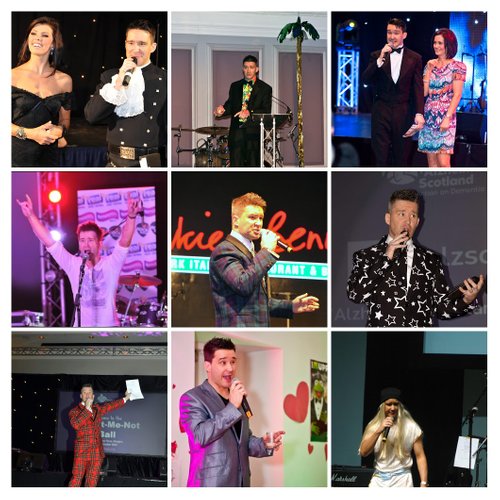